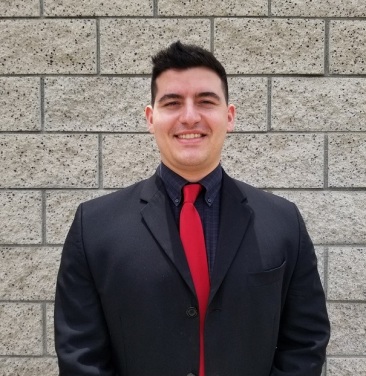 Greg Dibs, born 1994, is a pianist, trombonist, DJ, and producer who graduated from UC Davis in 2017. In college, he studied music, with a concentration in music history, theory, and ethnomusicology.
He initially went to UC Davis to pursue engineering, as he wanted to design audio and music equipment and software. He switched to the music major to follow his passion with a more hands-on and practical approach. He was part of jazz combos and big bands at UC Davis on trombone, and began teaching piano lessons in his final year at UC Davis.
Greg began to DJ his freshman year at Davis, and has performed all around Northern California. He began his DJ career playing music for college parties, and progressed to DJing for weddings, professional functions, bars, and clubs. He then started playing at concerts in Sacramento, Stockton, and the Bay Area, opening for other artists. He currently holds a residency at G Street Wunderbar in Davis, where he performs 1-2 times per month. His production career picked up in August 2019, when he released his first original house track on a record label known as Vudeux Records. He hopes to one day be a full-time music producer and teacher. In his free time, he enjoys working on new productions and mixes, as well as traveling and enjoying the outdoors.
Greg’s Teaching Philosophy
Music lessons should be fun for the student and should have enough structure to develop a solid set of fundamentals. No matter what genre of music the student wants to play, learning scales and technical exercises (Hanon, Czerny, etc.) will always help. I love to share my passion for composition with my students, and will encourage my students to write their own music or create their own productions. In today’s digital world, music has become so accessible, but there is such a great volume of music available and released every day, that it can become difficult to pick what to listen to. I hope to foster a curiosity for music theory in all of my students, so that they can form a thoughtful and meaningful opinion on many different styles of music.